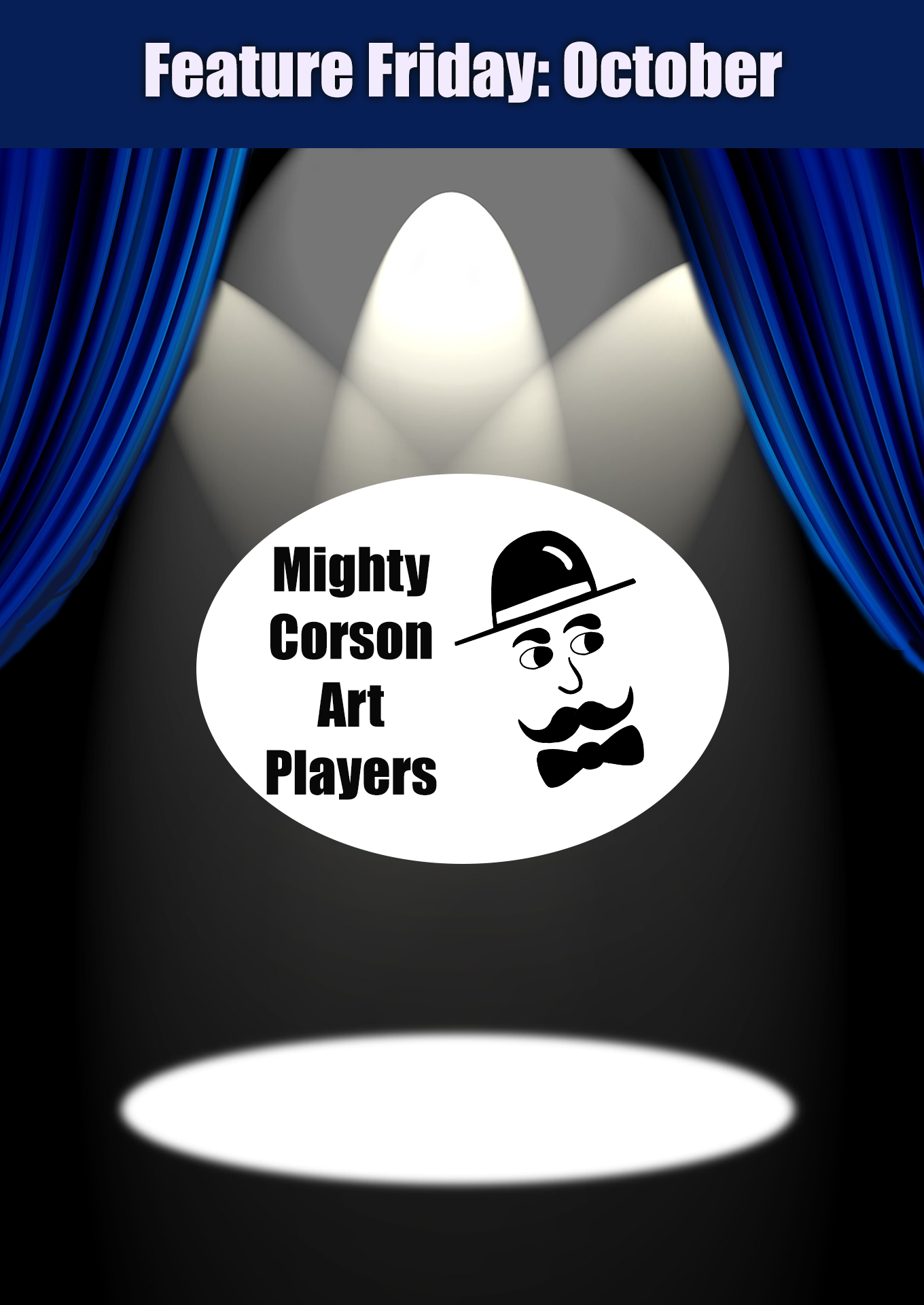 The Mighty Corson Art Players occupy a 100-seat theatre just past the Corson sign on Highway 11. The group is responsible for the upkeep of the building, and its atmosphere exudes community theatre. From the posters of past shows to the exposed lighting rigs and group announcements on the blackboards in the theatre, MCAP has done a fabulous job of meshing the history of the building with the needs of modern theatrical production.

The most recent production Almost Maine turned the stage into a brightly colored snow globe, complete with technicolor sunset painted on the back. It was here that Brian Schipper, Board President of 4 years and recently appointed Managing Artistic Director, spoke about MCAP’s mission and plans for the future.

Schipper believes that MCAP has a “duty and responsibility to make the community better,” and the organization’s growth reflects that. The recent expansion of the season from two to three well-attended productions indicates the community believes in this mission as well. The best way to maintain anything is to keep using it as much as possible,” Schipper emphasized. The group also hopes to add a fourth production to their schedule in the coming years.

When asked about MCAP’s Chamber membership, Schipper noted that their continued participation in the BVACC reinforces the group’s mission. “The first word in community theatre is community,” he says. He notes that the Brandon area is unique because while bringing new people to the arts, groups like MCAP are able to advocate for their needs through interaction with community members.

Five dollar challenge revenue could be “utterly revolutionary” for MCAP if the Chamber and City of Brandon meet their 2019 goal. Schipper says he would first look to the youth program, expanding it to better tailor the experiences appropriately to age, and include more children who would like to participate. His niece’s experience with the Mighty Corson Art Players brought Schipper to the group initially, when she participated in the youth program in 2013. Now 18, his niece has stage managed and helped with lighting and sound board operation on other productions. Schipper encourages parents to get “their first steps into art at an early age.”